After almost 6 months of work and with the new album on the market, together with EdTanguy we bring “Unlimited Love” to play on Rock Band!

This album meant the return of John Frusciante to the band, after his second departure in 2009 and his subsequent replacement by Josh Klinghoffer, his former trench friend in Ataxia, as well as on several of John’s releases, from 2004 to “The Empyrean” (2009).

After the ego struggles that forged “By The Way” (2002), the predominance of John’s guitars and harmonies on “Stadium Arcadium” (2006), came the album with a greater participation of Flea, who fiddles here and there throughout the LP.

The first single, “Black Summer”, arrived in February of this year and reminded us of John’s old guitar solos, but already denoted a certain paradigm shift in the band’s songwriting.

Throughout the album, we will find the usual funk that has characterized the band throughout its existence. “Aquatic Mouth Dance”, with its extraordinary base and those winds one on top of the other give us a different game to the one they had us used to; “One Way Traffic” could have been on any other Peppers album that would not be out of sync, with its contrasting lines, so characteristic of John and Flea, where both stand out in their respective solos. “She’s A Lover”, the surprise non-single, wins with its beautiful harmonies and the great guitar solo that takes place in the last part of the song.

Reminiscences of Hendrix can be found throughout the discography, but John’s play with the feedback on the guitar, both in “Whatchu’ Thinkin'” and in “The Heavy Wing”, make us keep Jimi in mind as well as enjoy the harmonies that were somewhat more hidden in previous albums, with Josh in the band.

The incursion into jazz music is brought to us by “Poster Child”, where Anthony quotes a lot of celebrities, in an enviable vocal exercise and with a very nice outro, which leads us to a simple song but with a fast solo, also courtesy of this new era of John, which is “The Great Apes”.

“It’s Only Natural”, “White Braids & Pillow Chair” and “Bastards Of Light” show us how the band can easily manage other rhythms that perhaps we are not so used to. “Veronica” brings back certain memories of “Breaking The Girl” and a clear influence of The Beatles in its outro style “I Want You (She’s So Heavy)”, where Chad stands out as he also does in “These Are The Ways”, a song where they can test all their skills on the sticks, where the band stands out with that great outro in a Nirvana style.

The album ends with, perhaps the weak point of the album, next to “Not The One”, as it is “Let ‘Em Cry”. But, the end of the album, brings us back to the memory of “Road Trippin'”, with the acoustic ballad “Tangelo”. A slow song, with a great command of Flea on bass, while Anthony unwinds in those beautiful melodies that we are accustomed to, and that he is so good at in the company of his old band of friends.

In short, we will find a breakthrough in the band’s sound: jazz, funk, rock, acoustic ballads. The band feels comfortable and it shows: Flea in a state of grace, Anthony creating a myriad of melodies, Frusciante entering at the right moments and with his characteristic style and Chad, who with perhaps a lesser preponderance, continues to demonstrate the quality and funk that runs in his veins.

Today, “Return Of The Dream Canteen” was released worldwide and is the next album to be completed for Rock Band so stay tuned, enjoy and get ready for a new release in the future.

The Album Series is an ongoing open project. If you want to contribute, by releasing an album-centric pack (not necessarily a full album) in any genre, feel free to contact yaniv297. 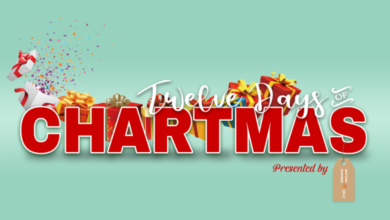