Note: Videos may contain authoring issues that have been fixed, and are for preview purposes only.
Everyone loves mixed singles weeks, right? Nothing beats the feel of a pack by your favorite artist, but mixed weeks generally get you something. Hopefully you’ll find your something in this week’s release:
New! Singles

From the Vault: Singles

A red X denotes Pro Guitar/Pro Bass, and a blue M denotes full multitracks. May 15, 2015:“Somebody Told Me” has been pulled following an official Harmonix release or announcement.
This week has a bunch of exciting firsts! New contributor EvilCornbread makes his C3 debut with The Cure’s “Friday I’m in Love”, one of the many songs filed under “wait, how was that never legit DLC?” Given what day it is, we hope you’ll fall in love with this release. If you enjoy it, be sure to go tell EvilCornbread how awesome it is on our forums!
GHtoRB3 comes back with two strong non-GH customs: The Hives’ “Walk Idiot Walk” and Imagine Dragons’s “Radioactive”. The Hives are a perfect Rock Band band — high-energy, prominent guitar hooks, and excellent vocals. This song continues the tradition established by songs like “Tick Tick Boom”, and you should totally download it right now. “Radioactive” is likely familiar to anyone who listens to modern rock radio. If you don’t mind getting dubstep in your rock music, this song is right up your alley.
RBN author Markleford comes to C3 this week with our first RB3 version, though “Paper Valentines (RB3 version)” is more than just keys and harmonies. Here’s a snippet from Markleford about what’s new:

When we released ‘Paper Valentines’ as a launch-day track on RBN (under the James William Roy solo monicker), our only disappointment was that we couldn’t just give it away for free! Since we already provide the mp3 single at no charge (http://thejamesrocket.bandcamp.com), why not the DLC as well? After all, we were always in it for the exposure, not the money. So having contacted @espher previously about getting an update into the Rock Band Harmonies Project, I eventually inquired whether a completely new RB3 version (replete with harmonies, Pro drums, final album mix, and new band name) could have a home at C3. Turns out they were cool with it, so please enjoy the fruits of our labor. And if you like it, please check out the album online, too: that’s what it’s all about!

TrojanNemo is back this week with another C3 first! “Scotty Doesn’t Know”, the memorable rock track from the movie Eurotrip, is being offered this week as a cover. Wait, what? This has the potential to be confusing, so let’s go over it.

Why is this an “As made famous by” cover?
This release of “Scotty Doesn’t Know” isn’t performed by the original artist — instead, it’s a fully multitracked cover by a professional cover band.

But why use a cover instead of the original release?
When Harmonix released covers early in Rock Band’s career, it was because they couldn’t get the rights to, or find the master tracks for, the original track. We don’t have the first problem, and normally we don’t worry about the second, but we want to cater to users who prefer multitrack customs. This version lets us split out every instrument, and was deemed by TrojanNemo to be of acceptable quality to be released.

Are you going to keep doing this?
Probably not too often. Having the original recordings is very important to us, and we’ll only release covers when the original is deemed to be…well…how can I put this. Not very unique or notable, perhaps? We apologize to fans of the band Lustra, but we’re more willing to do covers for a band whose only big single was “Scotty Doesn’t Know” than for Led Zeppelin or The Beatles.

Anyway! Whether or not you like EuroTrip, you should have a good time with “Scotty Doesn’t Know”. TrojanNemo’s other release this week, “Photos Every Day”, is better known as “that one song from the iPhone TV ad”. Plenty of songs have gotten famous by being plastered in front of you every time you watch TV, and not all of them are terrible! This piano-only song is “fully multitracked” by way of only having one instrument, and should stick in your head from a Pro Keys session just as well as it did from watching How I Met Your Mother.
LyokoFreaks is back with another track from glorious Nippon. “Queens are trumps” is the lead single from the newest album by J-Rock band SCANDAL, who are best known in the US for performing theme songs for Bleach and FMA:Brotherhood. SCANDAL may be an all-female Japanese band like LyokoFreaks’s last release, but this track rocks way harder, and truly earns the “J-Rock” genre label.
We’ve also got three multitrack custom From the Vault releases by GHtoRB3, all of which have been touched up since their original release.  “I Found Away” joins “Mercy Me” in the C3 Alkaline Trio library; “Somebody Told Me” brings us one step closer to completing The Killers’ biggest singles (but where’s “All These Things That I’ve Done”?), and “Starlight” fulfills your MOAR MUSE requests. Can that meme die now? Please?
Finally, RBHP celebrates another release this week with 12 new harmony upgrades, 7 RBN1 Pro Drums upgrades, and a slew of optional tweaks/improvements! This release finishes the LEGO: Rock Band disc’s harmony upgrades. Whoo! For the full list, scroll to the bottom of this post after expanding it.
Check below the fold for download links, and hit up the forums to let us know what you think or what you’d like to see in the future. See you next Friday!

New! As made famous by Lustra – “Scotty Doesn’t Know” (TrojanNemo) 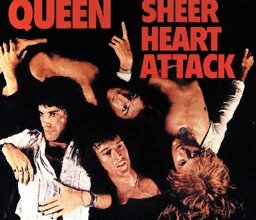 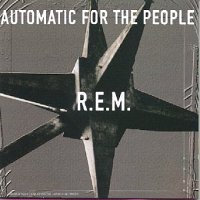