Day 11’s song is from BearzUnlimited!


Here’s what BearzUnlimited has to say:

Hi everyone, I’m BearzUnlimited, if you couldn’t already tell from the images and other mentionings of my name that are right above this! For this pack, I’ve charted a song from a band that was woefully underrepresented in Rock Band. They’re still pretty underrepresented, but now we have one of their greatest songs.
Now with 3 songs released here, I’m still pretty new to C3. You can expect to see a lot more from me in the future! When it comes to genre preference, I enjoy many different styles of rock, metal, and electronic music. However, I’m most fond of progressive and alternative rock, so my charts will likely be focused on those genres.
Before joining C3, my first chart was a song that I didn’t realize was already on Guitar Hero until I was well into charting it. After a couple initial failures, I started getting a hang of the process. Later, I started posting my charts for others to download. You can find a few of my older charts in the Other Customs section of our forums (though one of them is due for some “improvement”).
I was introduced to rhythm games with the first Rock Band, which I picked up in 2008. I started out playing drums, which inspired me to play on an actual drum set. Today, drums is still my favorite instruments both to play and chart, but I also frequently play guitar and bass. While I don’t play vocals much, I’ve still gotten familiar with charting them, but it usually takes me the most time. The others say I’m crazy because I add in lyrics one by one instead of importing from a text file. Meanwhile, after 3 years of owning the instrument I’m finally attempting to learn to play Keys.
My favorite Rock Band moment was doing the Endless Setlist 2 in Rock Band 2. I played expert guitar and went for the Bladder of Steel achievement. I didn’t think much of batteries, but luckily they never ran out. Also luckily, I managed to button/strum bar mash my way through Visions without failing. Does it still count as getting it legitimately if I took a bathroom break during Let There Be Rock?
Anyway, hope you enjoy my song as well as the rest of the pack. I look forward to bringing many more songs to C3 in 2014! Have a happy holidays!

(Remember, this is just a reveal; all of the songs will be released together on December 25. Check back tomorrow for our final awesome songs!) 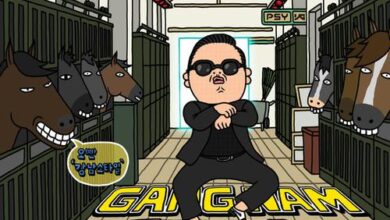 The Twelve Days of Customs 2014, Day One