Prog rock has close ties to the plastic-instrument family of games; how could it not, when high-level play of games like Guitar Hero and Rock Band thrive on complex and challenging instrumentation? As such, prog rock icons King Crimson and their debut album In the Court of the Crimson King have been requested by rhythm gamers for years and years. Guitar Hero gave a tiny taste with “21st Century Schizoid Man” in GH5, but we’re proud to bring the full album to Rock Band this week in all its complex glory.
But, as usual, there’s more for you if prog rock isn’t your cup of tea — we’ve got a post-hardcore track from Enter Shikari, a popular dance song from Martin Garrix, post-grunge from Seether, and two community-made electronica numbers. Check out the preview video to see if any of it is right for you.
And don’t take my word for it! Here’s what the authors have to say about this week’s songs:

New! King Crimson – In the Court of the Crimson King 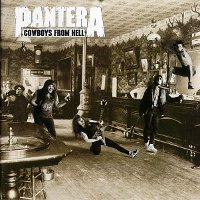