are part of our month-long EIGHTIESTRAVAGANZA!
Check out our rad 80s Timeline to visualize these gnarly releases.
A red X denotes Pro Guitar/Pro Bass charts, a blue M denotes full multitracks, a blue K denotes a “karaoke” multitrack (separated vocals), and a rusty 2x denotes that a 2x Bass Pedal version is also available. FtV denotes a song previously released by a C3 author outside of C3.

Harmonies in Rock Band were, and still are, a Big Deal. Long gone are the dark ages where you heard a vocal part but couldn’t sing it, or had a bunch of vocalists crammed into one part. And while it’s satisfying to sing “block” harmonies in a group, Beatles-style, duets are truly where Rock Band harmonies shine. Grab a friend and belt your way through these Eighties-tastic songs, and don’t forget about the duets in official DLC, either!
It’s also June, which is widely recognized as LGBT Pride Month (in the US, anyway). To acknowledge this — and hit more 80s songs while we’re at it! — we’ve prepared a pack from acts with one or more openly LGBT members. Rock Band’s famous green, red, yellow, blue, and orange don’t quite represent the entire rainbow, but custom songs let us fill in indigo and violet a bit more.
Author comments for this week’s songs: 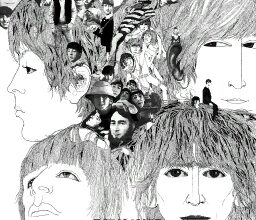