C3 releases for September 18, 2015:
As a way to acknowledge their hard work, this list is sorted by how many songs each author contributed to C3.
New! C3 All-Stars 18-pack Death sat down and explained. Famine listened.
“I see,” he said at last. “Thank you, but I think I shall sit this one out.”
SIT IT OUT? YOU’RE A HORSEMAN!
“Yes, of course. But what is my role here?”
I BEG YOUR PARDON?
“No famine appears to be involved, does it? A shortage of food per se? As such?”
WELL, NO. NOT AS SUCH, OBVIOUSLY, BUT-
“So I would, as it were, be turning up just to wave. No, thank you.”
YOU USED TO RIDE OUT EVERY TIME, said Death accusingly.
“We had proper apocalypses in those days,” said Famine. “You could sink your teeth into them.”
NEVERTHELESS, THIS IS THE END OF THE WORLD.
“There are other worlds,” Famine said. “You’re too sentimental, Death. I’ve always said so.”
Pick your favorite apocalypse, because the End of Days progresses apace! Luckily for you, “apocalypse” is a bit of a misnomer, because our customs aren’t going anywhere. All C3 customs will still be available after the end of our weekly releases, aside from any that are released for RB4. And you don’t have to choose a game! You get to play official songs in RB4 and customs in RB3! Truly, this is an age of wonders.
More than 70 authors have contributed to C3 over the years. Some have moved on, and some were busy, but we wrangled eighteen of them to submit songs for this week. Some of us decided to go with a “farewell” theme, as you can see by the song choices, and some of us just went with great songs. There’s HUGE variety this week, even more so than a normal singles week, so set aside two hours or so and play all eighteen of them! Come on, you can do it. It’s not like you have 60+ RB4 songs to marathon a few weeks from now, or anything.
For real, though, check out how many different styles are included in this week’s release:

We have just two weeks left! Next week is sort of our “real” final release, in the sense that…well, you’ll see. Don’t worry, you’re still getting songs on October 2! But next week, September 25, is the main attraction. Our final release is going to be great, but it’s more of an encore. Please look forward to both weeks, and manage your expectations accordingly!
Authors’ comments for this week’s songs:

Tags
Packs The End of Days 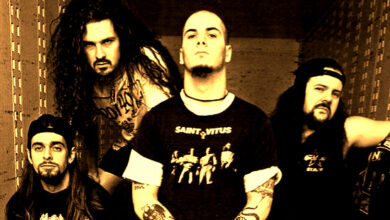