Day eleven’s song is from Orange Harrison!
Note: Wordpress is currently having SSL issues with Dailymotion embeds. If the video below shows as an empty space, click the shield icon (or similar, depending on browser) near your address bar and choose to allow this content.

I do sound engineering. I have access to audio-forensic software and can decompile songs back into their constituent multitracks. As a result, I have access to some studio multitracks that not even the original band or studio have in their archives. This has been a burden sometimes; I frequently get sent emails and Skype requests from bootleggers and other people asking me to share my files with them, which I must politely decline.
My work is almost entirely dedicated to The Beatles. I have a full collection of their original pressing vinyl albums, as well as the modern re-pressings. My living space is absolutely covered with Beatle gear; all my cups and mugs (and my shot glass) are adorned with the lads, my closet carries no lack of Beatle-themed tee shirts, folded near where my bright green Sgt. Pepper uniform hangs. Beatles action figures stand on top of the bookshelves, Beatle books fill the bookshelf, Beatle stickers adorn the sides of my bookshelf. I began authoring content for Rock Band 3 when I decided I needed a less bookshelf-centric outlet.
I originally authored independently through my personal blog, and when C3 was founded, wise and fair PKsage was subject to me groveling and begging via email to come in to play with all the other authors too. Now here I am and I couldn’t be happier to work alongside some of these prolific folks.
Despite the infrequency of my releases, I can confidently say they are “good enough”, and stop myself there before this post turns boastful. If “good enough” simply isn’t, well, good enough, please read these reviews from the many types of people who have enjoyed my customs. Gamers, developers, press, everyone’s here. You may even see a familiar name or two:
“I wouldn’t have found C3 without him. What’s more, his customs are consistently some of the best-authored by the C3 team. I love C3 and everything they do, but when I see Orange Harrison’s name attached to a custom I know it’s been made with careful attention to detail. The man is a legend, so far as I’m concerned. Also his checks clear.” –Ben Paddon, host, PortsCenter
“Orange Harrison has an attention to detail in his customs that I have not seen since Harmonix was releasing official DLC.” –Tom Sisco, founder and host, Seattle RockBand (facebook.com/SeattleRockbandGroup)
“Puts extreme effort into his customs and very meticulous with his approach” –JohnLennon007, Pro Bass player, hard-nosed Beatlemaniac
“Mr. Harrison has an impeccable ear for audio design and his charts are absolutely top notch.” –Panzer S., No Goblin
“Orange Harrison is my favourite RB custom author named after a fruit. Sorry, orange22.” –Dan Teasdale, Harmonix, Twisted Pixel Games, No Goblin, “Rock Band 3” Lead Designer
I invite you to follow my Twitter, @OrangeRB3, and be sure to check out my own personal blog where I usually post about The Beatles or Rock Band, usually both: OrangeHarrison.tumblr.com

Here it finally is! You’ve requested it and requested it and REQUESTED it. You’ve choked my blog’s Ask Box and added me on Skype and popped out of nearby manholes as I walk to work, ‘Mister Harrison, can you do Strawberry Fields Forever with multitrack audio next?’ and I finally finished the bugger.Absolutely no expense was spared in making this single as faithful to 2009’s The Beatles: Rock Band as possible. This song features TRUE multitrack master audio, optimized for 5.1 surround sound, re-leveling of each instrument for gameplay purposes, and NO fadeouts. That’s right, ‘Strawberry Fields Forever’ originally had two fadeouts in the song, but this mix plays until the original master tape runs down. Recreating the original magic you felt when you played The Beatles: Rock Band for the first time five years ago, you may once again hear something you never knew was there.

(Remember, this is just a reveal; all of the songs will be released together on December 25. Check back tomorrow for our final reveal!) 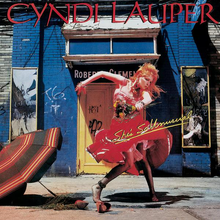