Automatic for the People, R.E.M.’s eighth studio album, is often heralded as their best work. 22 years later, we’re here to add four more songs from its legacy to Rock Band, joining official DLC’s “Man on the Moon” and earlier C3 release “Nightswimming”! Three of these songs (everything except “Sidewinder”) are ballads, the hallmark of the album, and feature orchestral arrangements by John Paul Jones. (Yes, that John Paul Jones!) Turn down the lights, grab a beverage with an appropriate alcohol content, and get ready to feel some feels.
Next up is “Thunderhorse”, the infamous GH2 track from fictional band Dethklok! Relive your GH2 bonus song nostalgia on guitar, or try out the new vocals, keys, or drums charts. But pick up some food, too. Booze ain’t food.
We’ve also got 22 more Rock Band Harmonies Project upgrades this week, courtesy of espher and StackOverflow0x! To tie in with this week’s C3 release, all of R.E.M. pack 01 gets its much-deserved harmonies, along with Harmonix 01, Maroon 5 01, Anthrax 01, “Kryptonite”, and several others. Check the end of this blog post for the full list of songs, and visit the RBHP page to download these upgrades.
See you next Friday!

New! Automatic for the People 4-pack 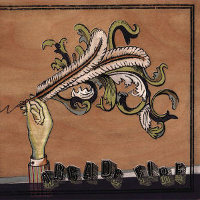