Looking for today’s Twelve Days of Customs post? Scroll down or click here!
Note: Videos may contain authoring issues that have been fixed, and are for preview purposes only. Video recording courtesy of Lowlander.

Happy holidays, everyone! I’ll admit that this week’s songs are more holiday than holidays, but we’re an inclusive Collective, whether or not our discography reflects it. I promise!


If Christmas is indeed your thing, it’s still six days away, which is plenty of time for you to download these songs and throw up the horns to some Christmas spirit. Or while drinking some Christmas spirits! (C3 does not condone getting crunk and making a fool out of yourself in front of your family.)
Authors’ comments for this week’s songs:

Don’t forget to check out last year’s Christmas songs in our database, including “Wonderful Christmastime”, “Last Christmas”, that one ELO/Savatage song, “Grandma Got Run Over by a Reindeer”, and tons of awesome metal songs!
See you tomorrow and through the 25th for the second half of our Twelve Days of Customs series! 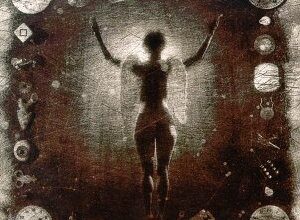