Here’s what pksage has to say:

When farottone and I came up with the idea for this pack, we were stoked to get some of the community’s biggest wishlist songs out there. To me, “Flagpole Sitta” is the very definition of a community wishlist song — even Harmonix is on record as saying they really wanted it, but the licensing never panned out. Harvey Danger’s one-hit wonder is a staple of ’90s rock and is simultaneously an anthem of both the genuine and the sarcastic. There are few ’90s songs that can get the whole bar drunkenly singing along to the chorus as well as “Flagpole Sitta”.
I’ve always been a sucker for well-organized Rock Band databases, and my final iteration of several such lists is Rock Band Chronicle. I stumbled across C3 when I was talking to espher about RBHP in early 2013. “Hey,” he said, “now that you mention customs, we’re planning this thing…” I figured that RBC would be a good start for a customs database, and then I was sucked in for good. I ended up, as you might have seen, running not just the DB, but the forums and blog as well. Still, my involvement in C3 is mostly administrative. I’ve only authored a handful of songs next to juggernauts like farottone or NL.
I was pretty involved with RBN in its early days, doing dozens of charts for Rhythm Authors and then nine songs on my own, mostly from Dance for the Dying. I’ve been a music game junkie since ~2001 thanks to DDR, and a fan of guitar games since a few months before the release of GH2. When I’m not breaking our forums or procrastinating on authoring a song, I’m spending time with my wife (or my Corgi, cat, or chinchilla), playing The Kingdom of Loathing, or just generally dicking around on the Internet. I live a glamorous life.
Thank you so much, all of you, for making C3 such a runaway success. We’ve been so stoked to release songs for you every week for 36 weeks now, and we’re hoping to stick around for many more. (Man, 36 weeks. If we were Harmonix, we’d be releasing NIN 02 and Shinedown, having done The Who 12-pack last week.) Happy holidays, everyone! 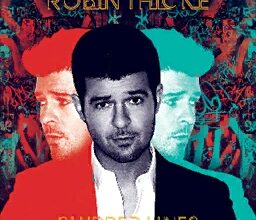