Ok, so this is a bit of an unusual post, as some of the songs here aren’t new releases. But I wanted to do it this way. This is a release post for a new 3-pack, a reminder of some older works of mine I’m really happy with, and a tribute to a musician I dearly love. So who are you, David Berman?

David Berman did not have an easy life. He’s the son of Richard Berman, a lawyer and lobbyist so notorious his media nickname was “Dr. Evil”. Berman himself has declared his father “a despicable man… a human molestor” – the guilt of being the son of a monster haunted him for the rest of his career. In college, Berman has befriended several members of legendary indie band Pavement, and two of them – singer Stephen Malkmus & percussionist Bob Nastanovich – has formed a band with him, Silver Jews.

Despite the Pavement connection, Silver Jews are all about Berman himself – his beautiful lyrics, among the finest in his generation, his personality, his voice. He’s very country influenced, with deep musical roots in Nashville. He has released a string of beautiful albums with Silver Jews, before splitting the band in 2009. Berman has been fighting with depression his whole life, a fight which has impacted his music, particularly his final album “Purple Mountains”. He eventually committed suicide in 2019, at the age of 52.

This post will include two parts: the first one for Silver Jews, and the second for Purple Mountains.

“In 1984, I was hospitalized for approaching perfection”.

Is this one of the greatest album opening lines ever? According to many, it is. This amazing sentence kicks off “Random Rules” – one of Berman’s most beautiful creations. Berman’s lyrics about a crumbling relationship are razor sharp, the song is beautiful, and there’s a particularly sweet guitar solo played by Pavement’s Stephen Malkmus (who’s also referred to in the lyrics as “Steve”). It’s an all-time indie classic, and in many ways it’s Berman’s “signature song”, it’s one of those songs I wanted to chart for a long time and finally did.

Moving a few years into the future, Silver Jews have become a bit heavier and more rocking. “Punks in the Beerlight” is a hard rocking classic full of great guitar riffs, and affecting lyrics about a couple struggling. “If we’d known what it’d take to get here, Would we have chosen to?”, asks Berman, before reaching the catchy chorus that repeats “I always loved you to the max”. There’s a guitar solo, some cool drumming, and some lead vocals from his wife and bass player, Casey Berman, who became a full time member of Silver Jews.

“Suffering Jukebox” is one of the band’s more fun and upbeat songs, and probably the only not-terribly-sad song from this post. “Suffering Jukebox” is from the 2008 album “Lookout Mountain, Lookout Sea”, which is also their last album. A fun and upbeat song, but like all of Berman’s composition it has a darker side to it. Is Berman himself the suffering jukebox? Background music whose never really listened to, as “there’s a lot of chatterboxes in this crowd”? We don’t know, but hey, you can now play this excellent song! And there’s some really awesome guitar in it, too!

At this point, Berman has disbanded Silver Jews and has retired from music, spending his time writing a book about his evil father, before discarding the project. In 2019, he was back with a new project – Purple Mountains, and four weeks later he was dead by suicide.

Despite the obvious conclusion, “Purple Mountains” isn’t a suicide letter – Berman was actually setting up dates to tour with it, so clearly he planned on being alive – but rather his death was a result of one of Berman’s depressive episodes. “There were probably 100 nights over the last 10 years where I was sure I wouldn’t make it to the morning”, Berman said, and one time it just happened.

Regardless, Purple Mountains is for me possibly the best album of its decade. An album so beautiful, honest and touching, yet also funny and fun. And bonus points – it’s a fucking blast on Rock Band, and a lot of fun on all instruments. It inspired me to chart 5 tracks off it – half the album. So let’s go!

The opening track is a perfect introduction to the album, and it’s also amazing on it’s own right. Musically, it’s pretty much a classic Nashville bop – honky tonk piano solo, slide guitar, the whole thing, and it’s fucking great. But the lyrics are absolutely merciless – it only takes Berman two lines (“I don’t like talking to myself, but someone has to say it, hell”) to get right into the details about his life, ranging from the sad (“When I try to drown my thoughts in gin, I find my worst ideas know how to swim”) to the hilarious/random (“I nearly lost my genitalia

To an anthill in Des Moines”), before ending on an absolutely devastating conclusion: “The end of all wanting is all I’ve been wanting, and that’s just the way that I feel”.

Tbh, only once I played it myself, on bass and vocals together, I really realized what a great song this is. And it’s just the first one.

The first single from “Purple Mountains”, “All My Happiness is Gone” was the song that “announced” Berman’s comeback, and it’s one of his greatest anthems. After battling with depression all his life, and separated from his wife Casey, Berman wrote one of the essential depression anthems. Set to catchy, upbeat, happy music – Berman sings about all the happiness leaving his life and about his loneliness. “Lately, I tend to make strangers wherever I go/Some of them were once people I was happy to know”. It’s fun, sad and shows all the beautiful contradictions in this album.

Another in the string of “happy” song titles, “Darkness and Cold” deals with the separation from his wife Cassie, and particularly the concept of her dating other people. Just read those cruel words:

According to Berman, Casie wasn’t actually dating anyone when the song was written – it was written as “preparation”, as Berman knew that someday he’ll have to deal with this idea, so he wanted to “experience it first through this song”. Casie’s going out, as Berman succumbs into his own depression – “Conditions I’m wishing weren’t taking control”. Musically, it’s once again fairly upbeat, with some great lead guitar work and a nice country vibe. It’s another hugely emotional masterpiece from David Berman.

Another of the Casie-related songs, this masterpiece is brilliantly summarized by the name of the song. Berman outlines the differences in post-breakup life – his friendly wife goes out (“She can’t make it to her car without making a new friend”), with men standing in line to date her, while Berman succumbs into loneliness and depression. Berman also goes out of his mind to clarify he’s not mad/blaming her for anything – he still loves her – but rather writes about the difficulty of the situation. All this is set to an excellent blues, with slide and guitar solos, many drum fills, and a really epic bassline. It’s just great all around.

The final song of the album and David Berman’s career, this is Berman dealing with the terrifying realization that maybe he just wasn’t meant to be in a relationship – “Maybe I’m the Only One For Me”.

It’s once again upbeat, country-rock vibe, there’s great guitars all the way through and the lyrics are actually quite funny – including one of the most memorable line’s of Berman’s career: “If no one’s fond of fucking me, maybe no one’s fucking fond of me“.

This song is, according to Berman itself, “from an incel’s perspective”, but Berman says it’s not the kind of message he actually wanted to spread. “I don’t intend it to be a love song to the self— it’s more of an ‘I’m stuck with myself’ song”, Berman says. “If no one wants to fuck you, it’s your fault”.

And well, that’s it. Berman is sadly gone, but he’s remembered by many as one of the greatest indie songwriters of the last 30 years, and he signed off with one of the greatest albums of recent music. Despite all the depression themes, each and every one of those songs is fun to play and a great fit for Rock Band. It was my pleasure to work on the great music of this man. 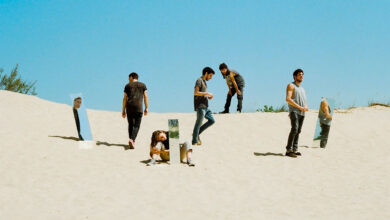