Despite the community’s best efforts to prove otherwise, certain bands and genres simply work better for Rock Band. The introduction of Keys really widened our scope, and that’s a good thing! But sometimes you just want to settle down with a blisteringly technical or difficult chart and smile as your crowd meter drops. Rush is one of the ultimate examples of a band tailor-made for this, and we already have all of Moving Pictures (thanks, Harmonix!), both sides of 2112 (a collaborative effort!), and no fewer than 15 other Rush singles. Today’s release brings our total number of Rush tracks to 45! Ayn Rand would be proud. And, not to be outdone, the metalheads show how fun and hard their songs can be with four classics of the genre. If you like these, check out our Metal Origins pack, too!
DoNotPassGo says:

The Rush mega-pack comes in celebration of both Rush’s current R40 Tour, and in celebration of their 40+ years together as a group. Included in this pack is a single off of 17 different studio albums, starting from their first group album (with original drummer John Rutsey) “Rush” [1974] all the way to their more recent “Clockwork Angels” [2012].
Rush tends to be hit or miss for a lot of people. I do not believe that I’ve ever honestly heard anyone say, “Rush? Eh, they’re alright.” It’s usually a love/hate relationship. Those vocals aren’t for everyone ha.
However, regardless of your feelings toward the band itself, Rush charts are almost always fun as hell to play. If you mainly play the drums, I would advise picking up most if not all of this pack. No questions asked. Do you usually get stuck playing bass with your friends? Pick this us, and you’ll be having as much, if not more fun, then them on guitar.
Like them or hate them, more Rush is here. I hope you enjoy!

Authors’ comments for this week’s songs: 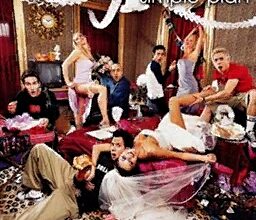