Our anniversary is over, but C3 plunges ever forward into a bright future, or some bullshit like that. This week is another of our famous(?) variety weeks, with classic rock, crazy guitar licks, our first ever “World” genre song, chiptune-y grooves, and dumb white guys. The Police C01 hearkens back to the early days of RB1 (where every other week seemed like it had The Police in it) to give you three of the last few singles we don’t have, and to bring us to 14(!) Police songs. The singles should be a big hit this week too, with GH2 classic “Jordan”, ws54’s continued campaign to author all of Toys in the Attic, and the super famous “we don’t need no water let the motherfucker burn”, among others.
A few of this week’s songs are brought to you by veterans of RBN authoring group Freen in Green, who have kindly stepped up to give us these “leftovers” that are no less delicious for having been in the fridge for two years. Thanks! (And thanks to Nightmare Lyra for making it possible.) 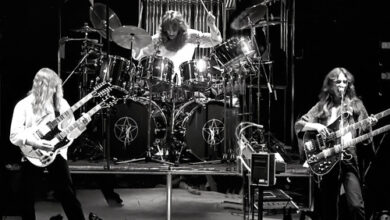