Happy Valentine day! and it’s also a very good opportunity to bring some proper RB representation to one of my favorite artists ever: Leonard Cohen.

I believe that Cohen himself probably doesn’t need much of an introduction – he’s one of the best songwriters in history and a legend of music. What might need some explanation, though, is why we need his songs in our RB libraries. Whether you associate him with his early, acoustic-folk singer years, or his later doomsday-prophet-with-80’s-synths persona, neither are particularly attractive for Rock Band.

Well rest assured, those tracks here (and especially in the second part of this pack) aren’t only phenomenal songs, but also absolutely fantastic for RB. In fact, it’s been some of the hardest charting I’ve done in my life, as those instruments are full of surprises, great players and overall awesomeness. So stick with me, and let’s begin.

This part is about Leonard’s early work, which is indeed mostly acoustic – but even here there’s a full band song that’s great to play on all instruments.

One of the biggest classics of his career, “Suzanne” probably doesn’t need any introduction either. The opening track to his first album, “Suzanne” tells the tale of Cohen’s platonic relationship with Suzanne Verdal, the wife of his friend. It’s presented here in the original and most well known version. It’s admittedly pretty minimalistic, but you’ve got some charming harmonies, nice guitar work and an all around beautiful and legendary song.

Going even more minimalistic, this is another of Cohen’s most legendary songs. “Chelsea Hotel” tells the story of a one-night-stand Cohen had with a woman, known to be Janis Joplin. It’s a beautiful song, full of some of Cohen’s best lines, including the legendary “We are ugly but we have the music”. It’s an acoustic guitar ballad, and while it’s not the most classic fit for RB, I found great pleasure in singing and playing along. And the song is so good, it’s worth it anyway.

The original song stems from Cohen’s debut album, and it’s a very sweet and lovely breakup song – one of the many highlights of that album. Here it’s presented in the 1979 live version – from the “Field Commander Cohen” live cd – where it was upgraded to an equally lovely full band song. In my opinion, this version is much superior to the original regardless of RB, but the extra instruments make it even sweeter in game. Particularly lovely are the keys here – with some great piano, and a phenomenal violin solo you’ll get to play on your keys. A beautiful version of a beautiful song, and a blast to play.

So part 2 of this pack will focus on some of Leonard’s late classics, particularly from his iconic 80’s albums. However, all the versions charted here are live versions from 2009’s phenomenal “Live in London”. I know live versions are sometimes frowned upon, but in this case it was a complete no-brainer. So why did I choose live versions and not the originals? For three reasons:

So hell, I’ve said enough: here they are. Three absolute classics join the game: the romantic-yet-terrifying, and also amazingly beautiful “Dance Me to the End of Love”, the waltzy, perfect-for-Valentine’s Day “I’m Your Man”, and the apocalyptic, ominous, famously written from a terrorist’s point of view, and yet insanely catchy – “First We Take Manhattan”. 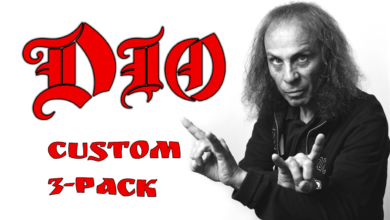 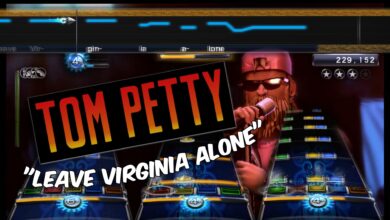 Australian Music is about to say “G’day May8”. 20 Different Aussie Customs.