That’s right! To celebrate the halfway point of our Twelve Days, we’ve got TWO songs for you today! We said it would be twelve days, but not that it would be twelve songs…
Today’s two-song reveal is courtesy of DeathThreatUK and espher.


Here’s what DeathThreatUK has to say:

Well, hello all! As you can see, I’ve stuck to my usual forte of metal with my gift. Metal is, after all, my most beloved genre (as my debuting with a full album probably indicated) and from the start I’ve wanted to put more focus on bands that have either had little exposure on the game, or haven’t even been brought into the fold at all.
Before C3, I had never released any stuff to anyone, as I was completely unaware of how to make customs work as it was. So making instrument charts was less of a gameplay thing and more of a pastime, doing what-if charts of many songs I loved. Upon discovering C3 and being accepted into the group of madmen known as the authors, I immediately went after completing the one thing I wanted in the game more than anything: Psalm 69. And the rest is, well, a very short history, but history nonetheless.
As for preferences, I play the guitar mostly, due to owning a proper one as well as not being able to get the drumkit in my room. (which makes it more irritating to use casually) Guitar is also usually the first instrument I chart (with drums a close second) with vocals always coming last due to my particular issues with charting them.
Favourite songs on Rock Band? Well it’s tough to select particulars, but obviously Ministry’s Jesus Built My Hotrod is one, with KMFDM’s A Drug Against War coming in as well. There’s also plenty of others that are frequently chosen on setlists, like The Cure’s Just Like Heaven, Megadeth’s Rust In Peace, and that’s just off the top of my head.
So that’s me in a nutshell. I like a lot more than just heavy and fast stuff (as you might see soon enough) but for now I prefer to put a focus on it, and give it more variety.
And as for what else you can expect from me, one band I’m looking forward to working on has never been in a rhythm game of any kind. Hell, the last time I saw them in a game it was 2004…
…But that’s for next year. Happy Christmas!

And here’s espher’s wall of text (I love you buddy):

I initially got into the rhythm gaming scene not too long after Guitar Hero II hit stores. I was up at my local hobby shop playing some Magic: the Gathering and, towards the end of the night, decided to impulse-buy a copy of GH2 that they had just gotten in. I got home, set it up, starting playing, and looked at the clock again just as the sun was coming up. I’ve been hooked ever since. I was active on the RB forums before launch (you may remember me from the RB-style broken drum stick instrument icon avatar or the E3 bingo card), though when the game hit I mostly drifted away from the community aside from the odd post on ScoreHero. Though I ran a number of “Rock Band parties/events”, I started to drift away from it a bit after the release of Rock Band 3 until a little birdie introduced me to custom songs by way of the Beatles export and, most importantly, GHtoRB3 — without those guys, I would never be here (and I may not be the only one). I moved quickly from playing to ‘fixing’ to eventually ‘charting’, and here we are.
By the time this pack is released, I will have been involved in the RB customs scene for two years. The first draft of my first custom track, Martin Solveig’s “Hello” (ft. Dragonette — obligatory Canadian self-acknowledgement) dropped on 12/27/11, and here I am two years later, dropping another one of my favourite tracks of the past five years. Obviously, my involvement in the community here is not as strong as I had initially hoped it to be. As one of the folks approached at the dawn of C3’s creation, I was extremely eager to get involved and make this thing a reality, but shortly after launch, the reality of the timeline of RB:HP set in (expected end date is two years after the release of this pack, for anyone counting at home), and I decided to cut my losses and double-down hard on completing that project. Nevertheless, I feel I still owe a lot to this community and everyone involved, and I like to contribute and participate in whatever ways I can — we’re all doing it to keep a game we all love active and alive until the masterminds behind it revive it, and I don’t think we can really tell you just how much it means to us to know you’re all enjoying it as much as we are.
When the concept was pitched, I was originally uncertain as to what sort of track to pick for it. We have an excellent (and very diverse) selection of oft-requested artists and tracks (as you’ve seen and will continue to see), and I felt it was important to continue the trend. Reviewing the requests I have received in my two years charting, as well as considering the portfolio selected, I decided to release Adele’s “Someone Like You”. Of the songs I have charted in the past, Adele’s “Rolling in the Deep” was far and away my most well received in the custom community, so on some level, it felt natural for me to release the next single chronologically from her discography. In addition, I always felt that charts placing an emphasis on vocals and keys are often times in short supply or maligned in the catalogue of official and unofficial Rock Band tracks, and it felt good to add another song that fills the void. Finally, it’s a song that I personally received a lot of requests for (after “Rolling”), and it’s one of my favourites, so it seemed like a no brainer to pick a track that could easily tick off so many of the boxes.
As my comrade in arms pksage mentioned, we’re all ecstatic that we’ve been able to provide content to you for as long as we’ve been able to, and, for the record, we show no signs of stopping. Here’s looking forward to a smashing 2014, and I wish you and yours a happy (hopefully Rock Band-filled) holiday season. 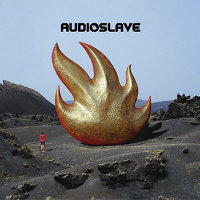